In this article, we will take a look at some of the common vegetable cutting techniques used in Japanese cooking.

You may be familiar with some various terms like dice, slice, chop, and mince. But, what exactly is the difference between all of these?

Not sure? Don’t worry, neither am I.

On the bright side, the techniques are all very precisely/uniquely named, which actually makes them a tiny bit easier to remember and distinguish from each other.

Don’t bother trying to memorize everything. Just use this list for reference. You will slowly learn the most common techniques as you start cooking more.

Always combine these techniques with good, basic knife skills to keep your hands/fingers safe. Once you master these, you will hopefully be able to make your dishes look as good as they taste!

Here are the most common, basic techniques and names. With these you can make all basic Japanese recipes.

Refers to making round/circular slices from cylindrical items like carrots and cucumbers. Usually a bit thicker than the above mentioned usui-giri.

Cuts vegetables into half-circles. Very common technique for a variety of dishes and presentation. Usually used with long cylndrical vegetables like cucumber and carrots.

Cuts vegetable in quarter circle shapes. Most often used for soups and stews. The quarter-round shape is supposed to resemble a ginkgo leaf (ichou いちょう in Japanese).

Cut vegetables into irregular shapes, but of the same size. Very useful technique as it increases surface area of each piece which allows it to cook faster and absorb more flavor. Often used for stews, curries, and soups.

The name (hyoushigi 拍子木) means wooden “clapper” – a traditional Japanese instrument. It is basically two wooden sticks that are banged together to make a unique sound. If want to know what they are, check out this video here.

Smaller version of the above mentioned kaku-giri. Refers to cutting ingredients into small cubes; usually about 1cm in size.

An even smaller version of the above sainome-kiri and kaku-giri. Each cube is usually about 5mm in size.

Cuts ingredients into bite-sized pieces. Pieces are usually around 3cm or less per side. Used often for side dishes or anything that should be eaten in one bite 🙂

Refers to cutting a round/oval ingredient (e.g. onion) into wedges (or “combs”). The name (kushi-gata) means “comb shaped” in Japanese, as I guess these resembles a comb?

Refers to cutting leafy vegetables like cabbage into large pieces around 3-4 cm wide. Usually for use in hot pot/sukiyaki / shabu-shabu. “Zaku” means vegetables for sukiyaki.

Refers to cutting long narrow ingredients into small round slices. Most often used with green onion (ねぎの小口切り). Usually for garnishing or seasoning purposes. Try to keep every slice the same width.

Refers to cutting ingredients into large chunks, usually around 3-4cm in width. More often used to refer to cutting meats or fish, but sometimes also used for vegetables like onions and leeks.

Refers to cutting ingredient at an angle, usually around 45 degrees or more. Results in oval slices as opposed to circular slices (i.e. wa giri). Useful for cutting long narrow ingredients like cucumbers and green onion.

Tips: Rotate the ingredient (e.g. cucumber) instead of your knife.

More of a general term that refers to any basic thin slice. Remember to hold your ingredients and knife correctly to avoid cutting your fingers!

Intermediate cutting techniques add an extra layer or step on top of the above basic techniques. Generally require a tiny bit more skill and confidence in your knife wielding abilities, but with a little bit of practice are all quite doable for the normal person.

If this picture seems familiar, that’s because it is. Sen-giri is just an even thinner version of the above mentioned hoso-giri / matchsticks. ‘Sen‘ means thousand, so you can think of it as a thousand cuts. This technique is often used for shredding cabbage to be used for okonomiyaki, salads, and side dishes (i.e. sengiri-kyabetsu – 千切りキャベツ ) .

Refers to cutting ingredients into very small/fine pieces (i.e. mince). Mostly used for ingredients which are for flavoring rather than the main focus (e.g. garlic, ginger, onion, etc.).

Refers to inserting at a slight angle, and slicing the ingredient using a pull cut. Generally used with thicker ingredients. Increasing the angle of your knife (i.e. making knife more parallel with cutting board) will increase the surface area of each slice, which helps it absorb more flavor in the cooking process.

This technique is also often used with meats and fish (e.g. sashimi).

How to (e.g. shiitake mushroom):

Most of the advanced vegetable cutting techniques are used by professionals and restaurants for decorative or other visual purposes. They require a lot of confidence, skill, and practice!

Refers to cutting ingredients into an ovalish football /rugby ball type shape. Usually around 5-6cm in length, and used for more Western inspired dishes like beef stew. The name is a bit odd, but I guess the pieces are supposed to resemble a classic French chateau/castle? Sometimes also referred to as Kokotto-kiri (ココット切り) for smaller versions. I have no idea what that is in reference to.

Refers to cutting the white part of a green onion (i.e. spring onion) into thin hair like strands. Usually used for decorative or garnishing purposes. After cutting, the green onion is soaked in cold water to make them crispier, and remove some of the spicy taste.

If you aren’t so skilled, there are actually tools specifically made for this cut.

Refers to cutting an ingredient into a hexagonal prism — i.e. a 6-sided shape.

Often used for fancy looking stews and other decorative dishes.

Katsura-muki is one of the most difficult cutting techniques. It requires immense skill and practice to not break the peel part way, and to keep the thickness consistent all the way around. I sometimes like to refer to this as the toilet paper cut 🙂

“Katsura” is a type of tree found in Japan.

A general term that refers to any type of decorative cuts. The previously mentioned ropponmuki 六方むき is an example of a basic decorative cut.

There are some crazy skilled chefs out there that can turn a carrot into anything beyond your imagination. Check out some cool examples below:

“Simple” how to video:

There you have it — only 3901 different vegetable cutting techniques and names that you NEED to memorize in order to cook Japanese food.

Use this list as a reference for when you need to remember how to make a certain cut, or if you want to get creative with some of your dishes. The basic cutting techniques will come naturally as you begin cooking more often. The intermediate techniques may take a bit more practice before you are confident with them. The advanced techniques give you something to aspire to as you gain more experience and knife skills.

How are your knife skills? Let me know in the comments below! 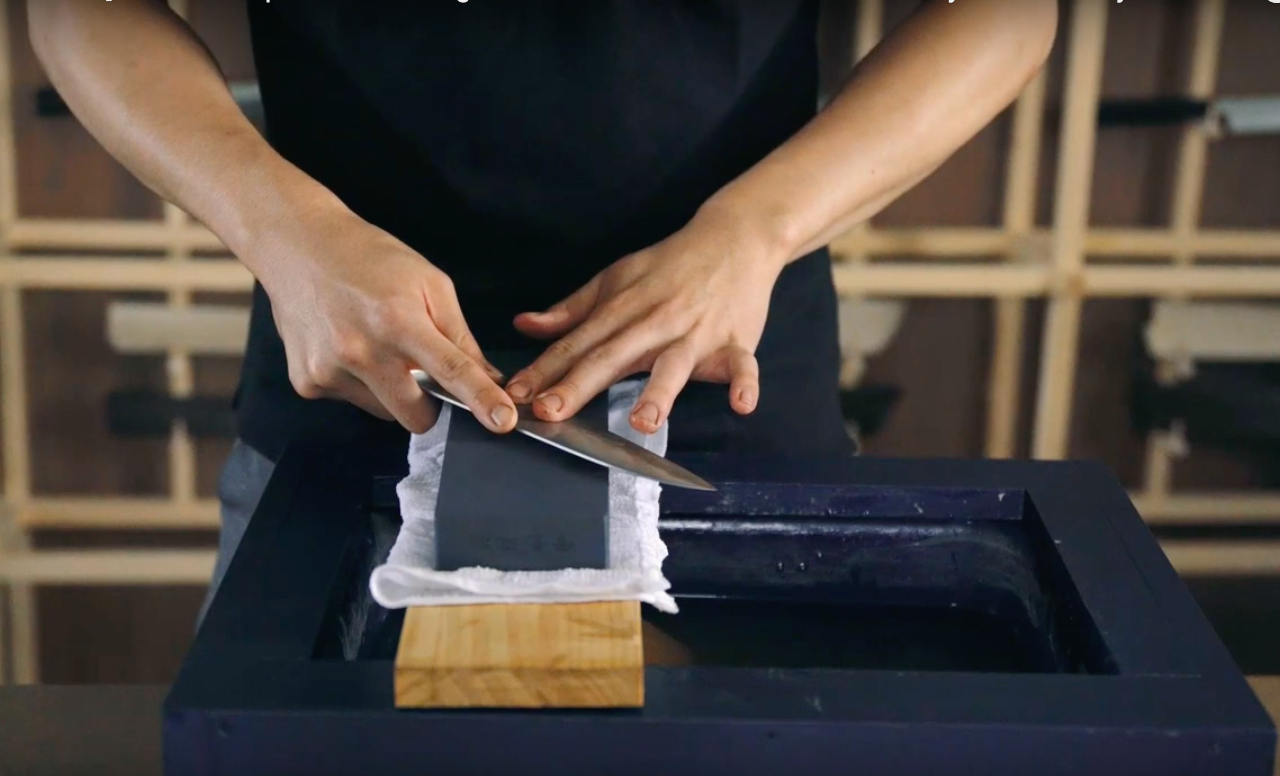 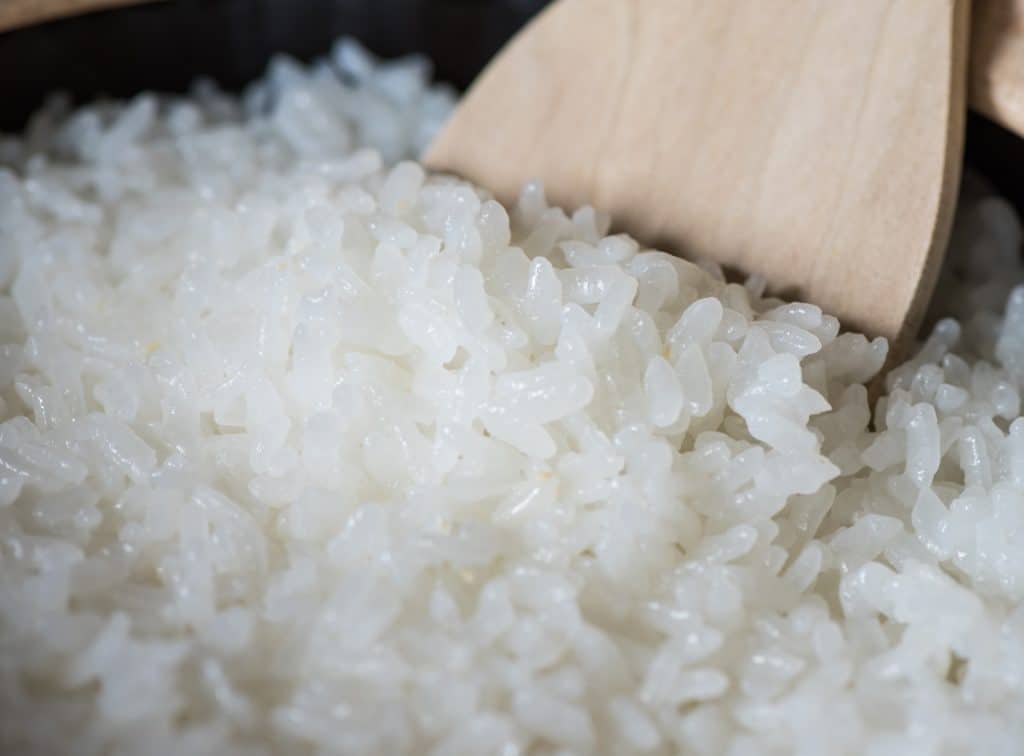 How to cook rice with a rice cooker – Japanese style