Noodles! There is a Japanese noodle type for every occasion — a hot bowl of ramen on a cold day; a refreshing slurp of chilled soba in the summer; or some satisfying tempura udon for your weekday lunch. It’s all delicious!

In this article, we will take a brief look at ALL of the different types of Japanese noodles.

I will be focusing on the actual noodle type, not the different dishes that can be made with it. For example, udon is a type of noodle, while yaki udon is simply a dish made with udon.

There are a lot articles online that are a bit misinformed / confused, and list things like udon and yaki-udon as different noodle types.

I hope to clear up some of the confusion. Let’s get started!

The three most popular noodle types in Japan are ramen, udon, and soba. Combined together, there are nearly 100,000 ramen/udon/soba restaurants in Japan! (according to Tabelog). Let’s take a brief look at each one.

Ramen is easily the most popular of all Japanese noodle types.

In Japan, the actual noodles are technically referred to as “Chinese noodles” or chuuka-men (中華麺). The term “ramen” (らーめん／ラーメン / 拉麺) simply refers to the popular dish made with these noodles (i.e. Chinese noodles + soup + toppings).

In Western countries, the noodles are usually not called “Chinese noodles”, but instead “ramen noodles”. This can lead to some confusion, as the noodles are actually used to make many dishes other than ramen.

The most popular dish made with “ramen noodles” (i.e. Chinese Noodles) is, of course, ramen. It consists of noodles in a flavoured broth with various toppings. The most common flavours are miso ramen, shoyu ramen (soy sauce), tonkotsu ramen (pork bone), and shio ramen (salt).

Another very popular dish made with “ramen noodles” is yakisoba (stir fried noodles). It is not made with soba (i.e. buckwheat) noodles, as the name may imply.

Ramen noodles are typically made with wheat flour, water, salt, and an alkaline solution known as kansui. The kansui is what gives the noodles it’s unique yellow color, and bouncy texture. Some restaurants/manufacturers may also add eggs to the mix. There are no official standards for ramen noodles, so they can come in a variety of length, thickness, and wavyness depending on the shop.

Udon edges out soba as the second overall most popular type of Japanese noodle. It is considered the oldest of all Japanese noodle types; it can be served hot or cold, and is eaten all year round.

The most popular type of udon is sanuki udon from Kagawa prefecture. When you think of udon, you are probably thinking of sanuki udon.

It is a thicker (~3mm), transparent white noodle that is best known for having a chewy texture, strong elasticity, and a smooth feeling when eating.

There are hundreds of other different types of udon, with many regions in Japan having their own specialty. Some other popular ones include Inaniwa udon, Goto udon, Mizusawa udon, Kishimen and Himi udon.

Udon noodles are simply made of wheat flour, water, and salt.

Many regions throughout Japan have their own unique variation of udon, and may add a couple additional ingredients.

Soba is the most nutritious of the big three Japanese noodle types thanks to its use of buckwheat flour.

In Japanese, the word “soba”（蕎麦) literally means buckwheat. It is also often used as a generic term for “noodles”. For example, yaki-soba and Okinawa soba are both actually made with ramen noodles (中華麺), not buckwheat soba noodles.

Soba noodles are made of buckwheat flour, water, and sometimes a binding ingredient (called tsunagi in Japanese).

Since buckwheat flour by itself is very difficult to knead and stretch into noodles without falling apart, an extra binding ingredient is often used to make dough stick together.

Sometimes, soba is also categorized by the type of buckwheat flour used (i.e. from which part of the buckwheat grain). Sarashina soba（更科そば） refers to soba noodles made with the most inner part of the grain. Other common types include middle/2nd flour soba (二番粉そば）, and whole grain soba.

Soba is commonly served as a hot or cold dish.

The most basic kake soba（かけ蕎麦）is simply soba noodles in a hot broth. It can have different names depending on toppings added. Some popular variations include kitsune soba (fried tofu), tanuki soba (tempura bits), and tempura soba (various types of tempura).

A popular cold soba dish is zaru soba（ざる蕎麦）, which is chilled soba noodles served on a bamboo platter with a dipping sauce.

The most popular of all soba dishes is toshikoshi soba (New Year’s soba). It can actually be any type of soba dish that is served on New Year’s Eve. For example, in Tokyo it is usually tempura soba (with shrimp tempura).

Interesting fact:
Soba is actually more popular than udon in the eastern part of Japan, while udon is more popular in the west. This is due to climate differences which traditionally made growing wheat more suitable in the west, and buckwheat in the east. These days, a lot of flour is imported.

16 other types of Japanese noodles

Other than the big three, there are plenty of other Japanese noodle types you may, or may not have heard of. Here are 16 of them.

Somen is a very thin round noodle that is traditionally made with wheat flour, water, and cottonseed oil. It is mainly sold as a dried noodle, and is popular to eat in the summer, where it’s served as various chilled dishes.

Hiyamugi is very similar to somen. It is a very thin noodle made with flour, water, and salt. It is also typically sold in dried format, and most commonly served in hot summer months as a chilled dish.

These days, mass-produced hiyamugi and somen are virtually identical. Therefore, the JAS (Japanese Agricultural Standards) states that noodles with a diameter less than 1.3mm are to be called somen, and anything larger should be classified as hiyamugi.

Mochimugi noodles are made with a special glutinous barley called … mochimugi. I’m not sure what the correct English translation is for it. We can call it “mochi barley”.

Mochimugi noodles are said to look like soba (buckwheat noodles), but have a texture similar to udon. It is also healtheir than udon thanks to the benefits of mochi barley (higher fiber, lower cholestoral)

Mochimugi noodles are from Hyogo prefecture.

Harusame is most commonly used in hot pot and sukiyaki dishes.

Maloney (マロニー) is a famous Japanese brand that manufactures its own type of vermicelli. Compared to standard Japanese vermicelli, Maloney version only uses potato starch and corn starch. Maloney products are completely made in Japan.

Kibimen is noodles made mainly with common millet (i.e. kibi in Japanese). There is no wheat flour used, so it is gluten free. Millet is also more nutritious than plain wheat flour. A popular brand that makes kibimen is Sokensha.

Awamen is a Japanese noodle type made with foxtail millet (awa). It is similar to the above Kibimen, and also gluten free.

Hiemen is a noodle made with Japanese millet (Echinochloa). Similar to the above two millet-based noodles (kibimen, awamen), it is seen a gluten-free alternative to wheat based noodles. Tapioca starch is used as a binder, and the noodles have a chewy texture.

Kuzukiri is noodles made with kuzuko (i.e kudzu powder, or Japanese arrowroot powder). It is jelly-like with no real flavour, and is often paired with toppings/sauces like honey, black sesame, or matcha for dessert.

Shirataki / Ito-Konnyaku are noodles made from Konjac flour. They are a bit jelly like in texture, and used in a variety of dishes. Konjac is very low in calories, and high in fiber.

Rokubei is a Japanese noodle type that is made mainly with sweet potato powder. It is characterized by its dark — almost black — color, that is a result of pigment from the sweet potatoes. Rokubei is originally from the Kyushuu prefecture of Japan.

Sataimomen is noodles made from taro powder. The noodles have a unique moist and slippery texture. Sataimomen was originally created in the Niigata prefecture in 2010.

Daizumen are noodles made mainly from soy beans. Soy-based noodles are marketed as healthy alternatives to wheat based noodles. They are low in carbs, low in sugar, yet high in protein and other nutrients. Of course, they are also gluten free.

Japanese yam is more commonly eaten by grating and used as a topping for rice/noodles known as “tororo“.

Tokoroten is noodles made from agar jelly. Agar jelly is made from red algae.

It is similar to the previously mentioned kuzukiri in that it does not have much taste or nutritional value.

Kaisomen is thin, transparent noodles made from seaweed. It is more typically used as a topping or side, than as the main ingredient. You will often see it plated together with sashimi. It does not really have any flavour, and also has no calories.

In this article, we listed 19 different Japanese noodle types. I’m sure there are some missing, and some person out there is probably inventing a new type of noodle at this moment.

As you can see, there are a ton of Japanese noodles outside of just ramen, udon, and soba. Some of the less popular types will probably be a bit difficult to find, whether you are in Japan or not. I would definitely love to try some of the lesser known types like mochimugi, or rokubei noodles.

Learn about the different types of Japanese soy sauce (i.e. shoyu). There are probably more than you think!

Ready to cook? Check out the essential ingredients for Japanese seasoning and flavor.

Udon vs Soba vs Ramen: A Detailed Comparison

Read More »Udon vs Soba vs Ramen: A Detailed Comparison 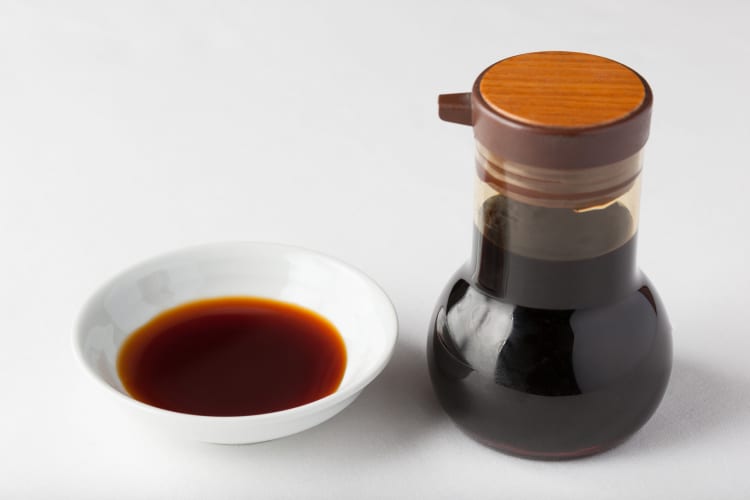 What is Shoyu? Definitive Guide to Japanese Soy Sauce