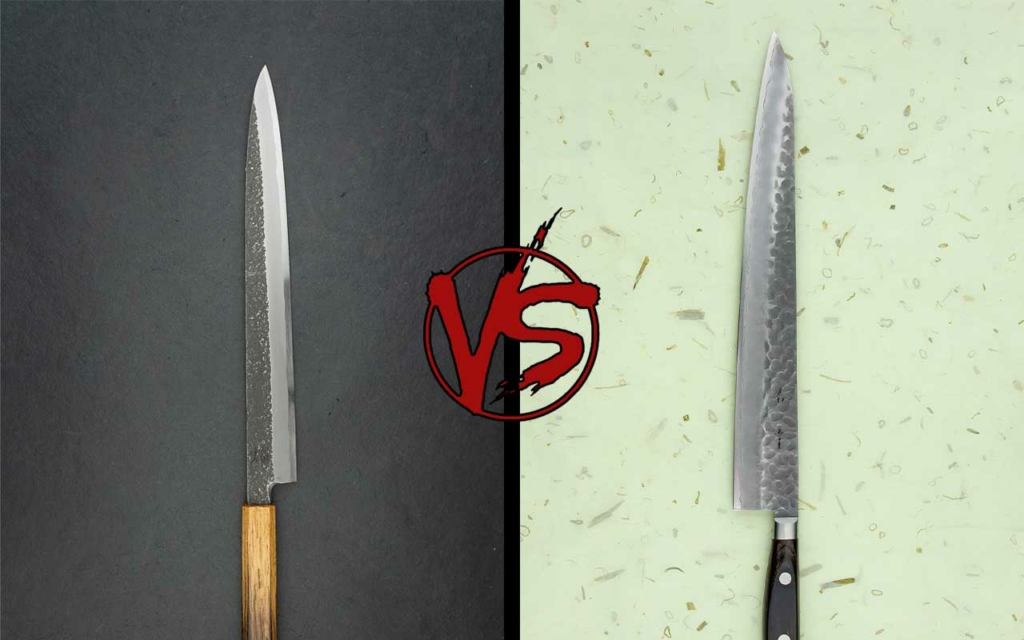 Yanagiba vs. Sujihiki. What’s the difference?

Both knife types have long, thin blades, and seem similar on the surface. There is more than just appearance though.

In this article, I look at all the similarities and difference between these two popular Japanese knife types.  Read on for a detailed comparison of:

First, let’s give a quick overview of each knife: 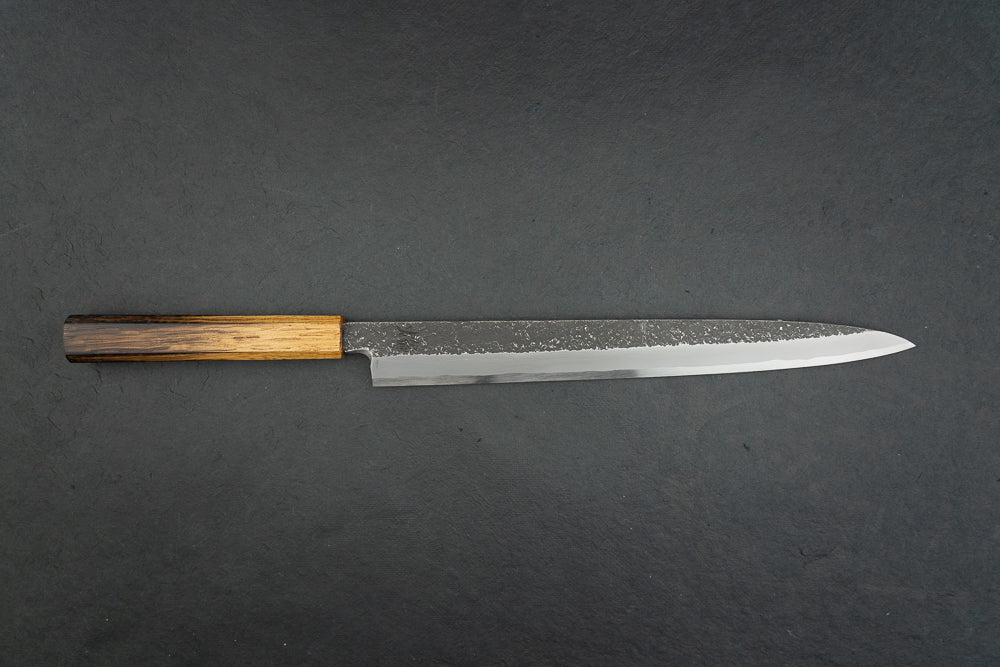 Yanagiba (柳刃) translates to “willow blade”, and is in reference to the knife’s long slender, pointy blade.

It is a traditional Japanese knife that was specifically designed for cutting sashimi. Sometimes, it is simply referred to as a sashimi knife (刺身包丁), although there are also many other types of sashimi knives (takobiki, etc.).

The long, thin single-bevel blade of a yanagiba allows a chef to cleanly slice a raw fish fillet into sashimi pieces. Slicing in one clean motion helps preserve the taste, texture and appearance of the fish. Sujihiki (筋引き) literally translates to something like “muscle off” or “muscle pull”. It is in reference to knife’s original purpose which was to separate tendons and muscles from the meat.

The long Western style blade (double-bevel) helped chefs/butchers slice the meats cleanly while preserving the appearance of the final product. The thinner, sharper single bevel blade is better for delicate and precise work like slicing sashimi. It is more difficult to use (i.e. cut straight), but can result in cleaner cuts when compared to a double bevel blade. Thus, high-end sushi chefs will typically only use a yanagiba or other sashimi knife. It is not recommended for slicing tougher things like meat.

The double bevel blade of the sujihiki is a bit more versatile, and easier to use. Most people use a double bevel knife for general cooking (i.e gyuto, santoku). Double bevel blades are also thicker/sturdier, and were originally introduced into Japan solely for the purpose of cutting meat.

This brings us to the next point: The only intended usage of a yanagiba is to slice sashimi. It is a very specialist knife. Typically, only professional chefs or enthusiasts will have a knife like a yanagiba.  It is used in a pull-cut motion (slice starting from heel of knife, finishing near the tip). Also, note that most single bevel knives are designed for right-handed users. Left-handed knives usually need to be custom ordered.

The original purpose of the sujihiki was to remove unwanted tendons and muscle fibers from meat. These days, many people also use a sujihiki for a variety of general purposes like slicing sashimi, vegetables and fruits. The double-bevel blade is more versatile and easier to use than a single-bevel knife, so is preferred by some chefs.  Similar to a yanagiba, it typically used in a pull-cut motion, although can also be used in a push-cut motion depending on ingredient.

Compared to other double-bevel knives like the gyuto, the sujihiki is has a thinner and longer blade.  This makes it relatively more suitable for delicate tasks like slicing sashimi. A yanagiba typically comes with a traditional Japanese handle. It is less common (although not impossible) to find one with a Western style handle.  The lighter Japanese handle is more suitable for delicate tasks like cutting sashimi. 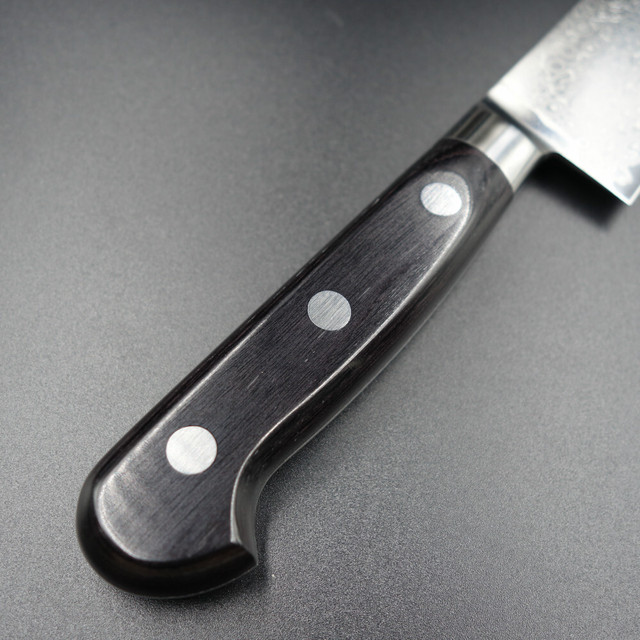 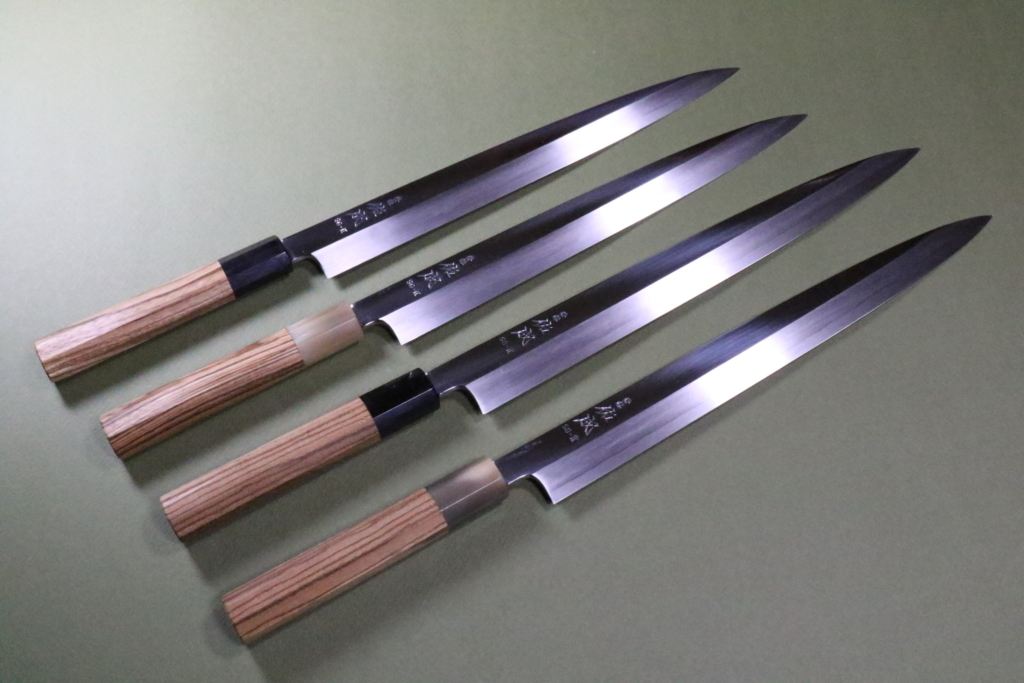 Both yanagiba and sujihiki knives can be found in similar sizes. Typically the blade lengths range from around 210mm to 360mm+ (8.2 inches to 15+ inches).

Beginners are recommended to start with a shorter blade as it will be easier to handle.

There are many factors that go into the price of a knife (blacksmith, steel type, etc.), so it is a bit hard to compare.

In general though, entry level yanagiba and sujihiki knives can generally be found at around the same price range. A decent entry level knife will typically cost around $150 – $200 (USD).

On the upper-end though, I find that yanagiba can get a lot more expensive than sujihiki knives. This is probably because it is a much more specialized knife.

Which knife should you choose?

So, which knife should you get? Yanagiba? Or, Sujihiki?

If you are a professional sushi chef, or just really love slicing beautiful sashimi, then the yanagiba may be for you.

Otherwise, if you want a more general purpose knife that can sometimes be used for slicing sashimi, as well as meats and other ingredients, then a sujihiki knife may be the better choice.  Sashimi sliced with a sujihiki may not be as beautiful compared to a yanagiba, but it is probably good enough for most people.

Which knife would you choose — yanagiba or sujihiki?

What to read next:

Learn about all the different Japanese knife types: click here

Need a cheaper general purpose knife? Check out the best gyuto under $100.

Subscribe to my free newsletter for more interesting articles about Japanese knives, food and cooking. 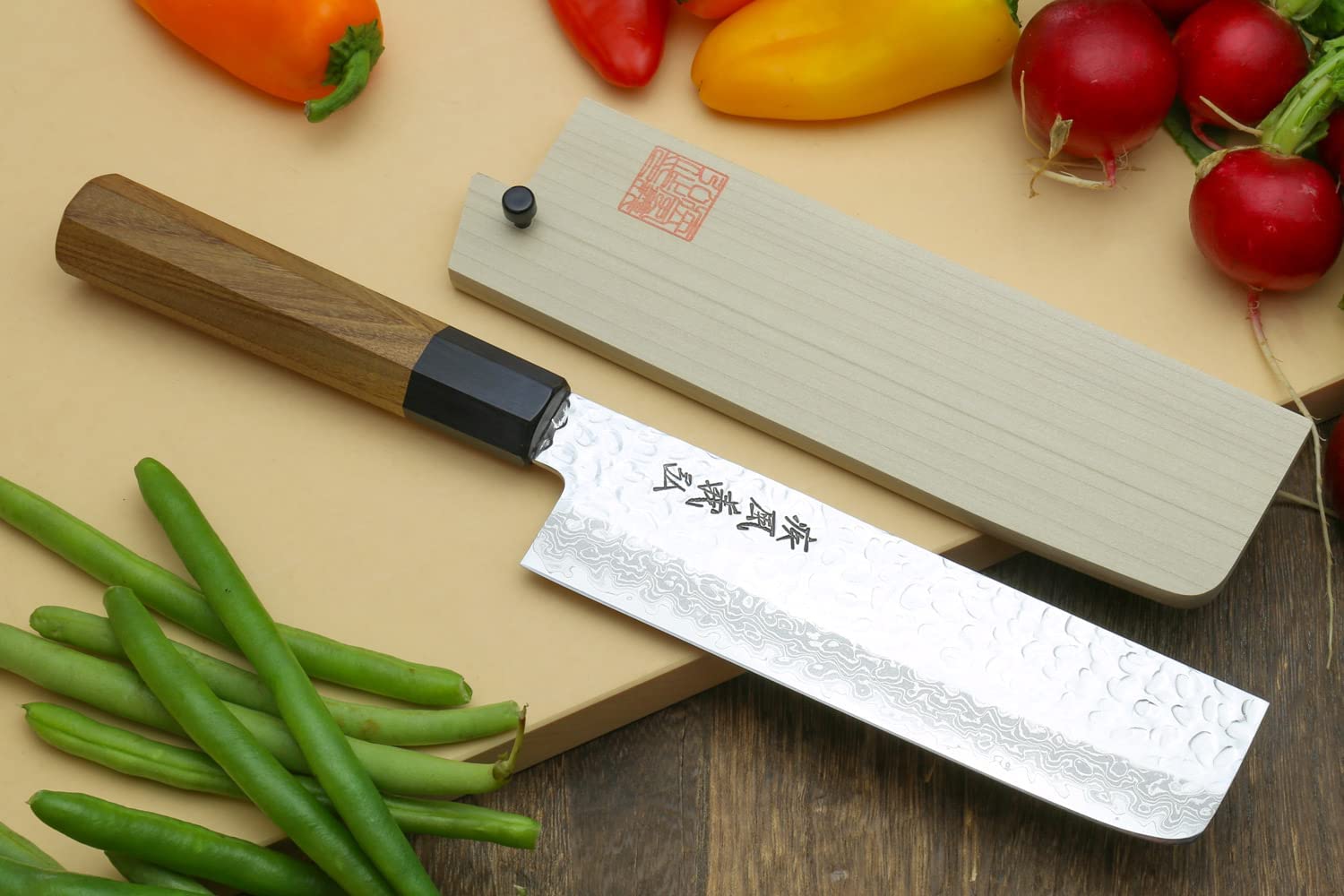