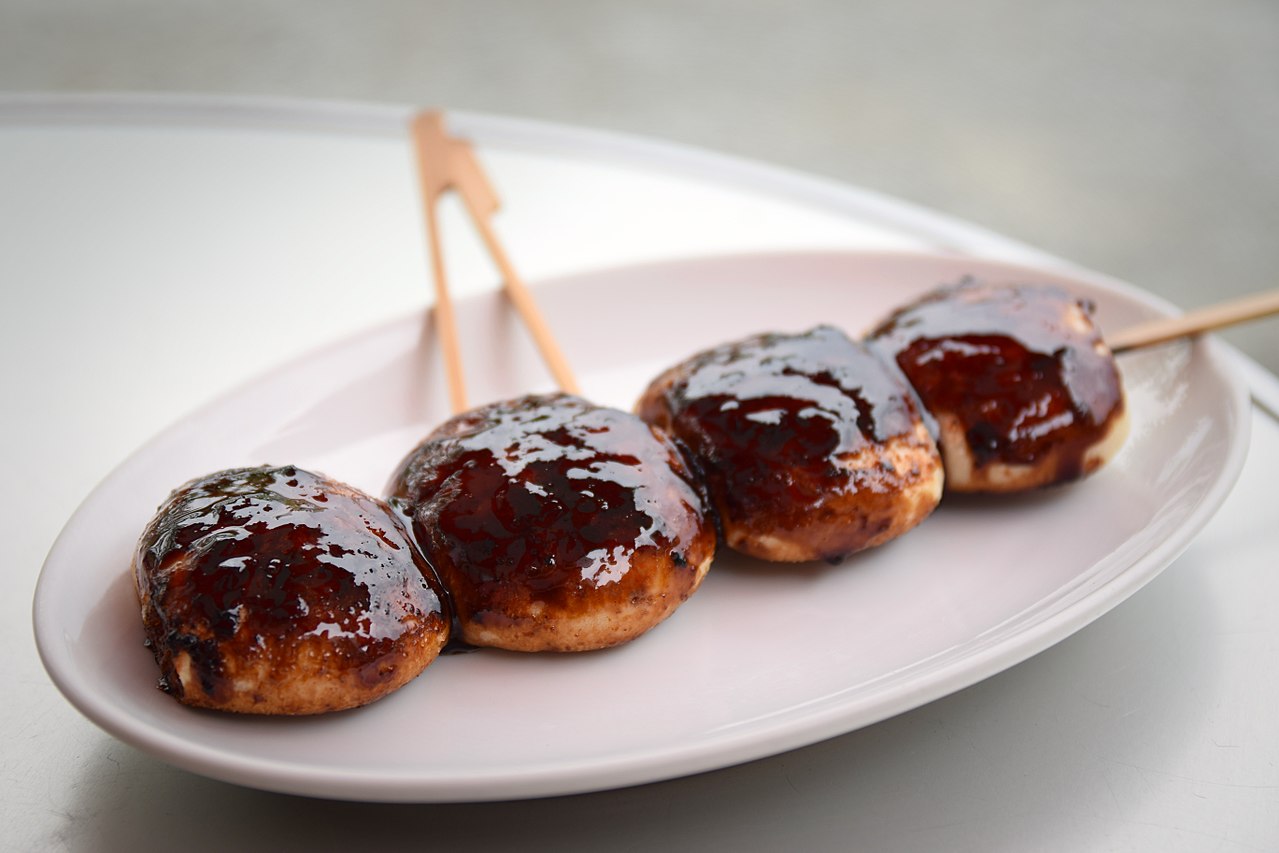 In today’s random Japanese food article, I take a look at the delicious, but underappreciated Yaki Manju (焼きまんじゅう／焼き饅頭).

Read on to learn more about this relatively unknown food from Japan:

Table of Contents show
What is Yaki Manju?
Origins
How it’s made
How to eat it
Where to buy
Isesaki City
Ota City
Maebashi City
Summary
What to read next:
Sources

What is Yaki Manju?

Yaki Manju is a popular local snack from the Gunma Prefecture of Japan. It consists of freshly steamed buns that are skewered, coated with a sweet and savory miso-based sauce, then grilled. The result is buns that have a crispy, sweet outer layer, with a soft fluffy, slighty chewy inside. Delicious!

One skewer typically has four buns. Some types of Yaki Manju also have red bean paste (i.e. anko 餡子) stuffed inside the bun, although plain versions are more popular.

It is a popular snack to eat all year round, and is considered as the soul food of Gunma. Every year there is festival in Isesaki City called the “Yakiman Festival” (焼き饅祭, literally: grilled bun festival), where four gigantic manju buns are coated with a miso sauce and grilled.

The term “manju” means steamed bun, and is taken from the Chinese word “mantou”（饅頭). Manju was originally brought over to Japan from China sometime during the early Muromachi period (1336 – 1573). Chinese versions were typically stuffed with meat, but the vegetarian Japanese monks replaced the meat with sweet bean paste.

The Yaki Manju of Gunma is said to have first originated near the end of the Edo period (mid 19th century).

Gunma was known for its wheat production, so many flour based products were made there. Eventually some genius named Kumazo Harashima decided to make steamed buns fermented with unrefined sake (doburoku), and skewered them. Thus, Yaki Manju was born.

Originally, the miso sauce used was not sweet, as sugar was expensive back in the day. Eventually brown sugar was imported during the Meiji era, and was used to make the sauce sweet like it is today.

The manju dough is simply made with wheat flour and rice koji (sort of like a yeast). Sugar, and baking soda can also be added. The dough is kneaded, separated into individual buns and allowed to ferment. When the dough has risen enough, it is then steamed.

The sauce is simply made by boiling red miso (i.e. akamiso) together with sugar and water.

The steamed buns are skewered (typically in groups of four), and then cooked over a grill. When the buns start to brown slightly, the miso sauce is brushed on, then grilled further until finished.

These days, you can also buy premade yaki-manju packs which you can simply cook at home on a frying pan. Sauce is also included. They look something like this:

How to eat it

When eating, it is common to remove each piece of manju from the skewer and eat with chopsticks.

Of course, you can it right off the skewer if you prefer.

If you just happen to be somewhere in Gunma prefecture, here are some popular shops that sell yaki manju:

Yaki manju is a simple, yet delicious snack that is relatively unknown outside of Gunma. It has over 100 years of history and is definitely worth a try!

Perhaps I will try to make it on my own one day.

What other interesting local foods have you eaten in Japan? Have you ever tried yaki manju?

What to read next:

Check out some other random Japanese food articles like 21 famous foods of Nagano. 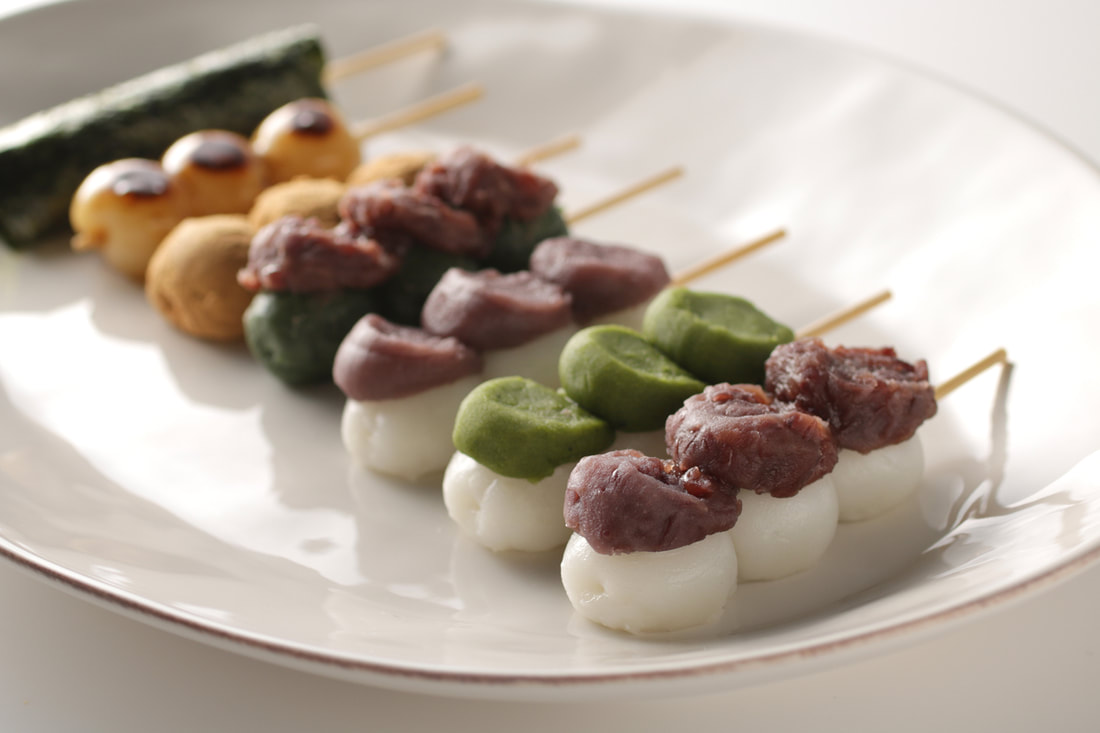 Click here to sign up!
Table of Contents hide
What is Yaki Manju?
Origins
How it’s made
How to eat it
Where to buy
Summary